Pinkpop Festival – normally just referred to as Pinkpop – is Holland’s best attended open-air music festival, with daily crowds of around 60,000 people. The festival has become known as Pinkpop as an abbreviation of Pinksteren Pop – Pinksteren being the Dutch word for Pentecost, when the festival traditionally takes place. The very first ‘Pop at Pinksteren’ took place on Monday, May, 18th 1970 at Geleen, with a campsite being introduced in 1976. After a brief stay at Baarlo, Pinkpop then moved to a former race track at the superb festival site now known as Megaland in the city of Landgraaf. In 1995, because of the demand for tickets, the organisers decided to hold the festival over two days and a further extra day was added in 1997. In 2007, a ‘spin-off’ festival was developed, later in the summer, known as Pinkpop Classic, which is aimed, as its name suggests, at ‘more mature’ rock aficionados and generally features bands that appeared in the early days of Pinkpop itself.

There are now three separate stages at the festival, which now always takes place from a Saturday to a Monday. Approximately forty acts appear throughout the weekend. Although usually held at Pentecost, in 2008 the organisers decided that the date was too early in the year for an outdoor festival and changed it for that specific festival only. Over the course of the festival, some of modern rock music’s best known names have appeared at Megaland. For example, Bruce Springsteen, Depeche Mode, Snow Patrol, Franz Ferdinand, Placebo, Madness, White Lies, Elbow and Keane have all recently performed here.

Most visitors to Pinkpop attend for the weekend, although it is possible to purchase day tickets, and the camp sites, of which there are four near the festival site, are all very popular. As well as showers, toilets and running water, there are on-site supermarkets, first aid points and a number of good food and drink outlets. Visitors who buy a weekend ticket can camp free of charge.

The Megaland festival site, in Landgraaf, is in the south of Holland, in the province of Limburg -approximately 135 miles from Amsterdam. The nearest airport to the city is the Maastricht Aachen Airport, from where it is easy to take a train from Maastricht to the NS station, Landgraaf. There are also connections from Landgraaf to Amsterdam and Brussels, the latter being ideal for those people who take the Eurostar. Once in Landgraaf, it is a 10 minute walk from the station to Pinkpop, although there are plenty of shuttle buses available which can transport you right into the heart of the site.
The Guinness Book of Records names Pinkpop as the oldest annual pop music festival which has run continuously and it certainly has continued to keep its prominent position at the very heart of the Dutch music calendar. As long as the name doesn’t tease you into expecting a bubbly, fluffy pink extravaganza, it should provide a great spring weekend.

Full details about the programme and availability of tickets at the Pinkpop Festival appear at http://www.pinkpop.nl. 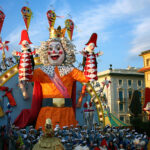 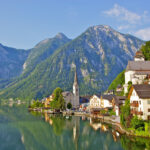