If for cinema, France has the prestigious Cannes Film Festival, for music, it has the globally embraced Fête de la Musique (World Music Day). The Fête is not just an event but a cultural phenomenon that happens every 21st day of June, the day of the summer solstice in the country. On this longest day of the year, the streets of Paris are awash with the sound of virtually every kind of music.

The concept is said to have been first suggested by American musician Joel Cohen who was then employed by France Musique, the national radio station of France. Cohen gave the idea for an all-night musical affair in celebration of the summer solstice, which was later developed by music and dance director Maurie Fleuret for the Minister of Culture, Jack Lang. The first Fête de la Musique was held in 1982.

More than one hundred cities all around the world have since adopted the festival, celebrating it annually. These include major cities in the United Kingdom, Germany, Switzerland, Australia, Argentina, Colombia, Venezuela, Costa Rica, China, the Philippines, Malaysia, India, a few cities in the United States, and even in Israel, Pakistan, Jordan, Lebanon and Iraq. The day of the festival is now also known as World Music Day.

Fête de la Musique is one of the best reasons to visit Paris in the summer. During the festival, you will see the city streets and harbors transformed with open-air stages featuring an eclectic array of musical performances. Both veteran and amateur musicians from different genres?from classical to more contemporary styles of music like Latin, rock, jazz, and even acid house?are invited to participate.

The festivities are held not just in Paris, but throughout the Ile de France region, with sometimes over four hundred organized events. Well known musicians typically perform the large open-air concerts, while other events feature young musicians playing their original compositions. Several bars and cafes also host indoor performances, while different music schools prepare samba parades for street spectators. There are also huge street dance parties, with DJs dealing out the beats. Other special events that have been included in previous festivals include music workshops, Bollywood-style dance performances and a gypsy festival.

There are two ways you can go about enjoying the Fête de la Musique. One is to get the schedule of listed events and pick out particular ones that you don’t want to miss. It is also exciting, however, to just roam around and discover music and performers you might never have heard before. There is usually a transportation ticket that you can buy for unlimited use of the Ile de France network during the festival, so you can go see a number of different events in their different venues. 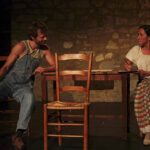 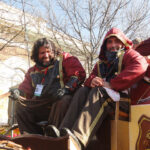