For a comparatively small country, the number of festivals in Switzerland of top class international status is astonishingly high. During the summer months, the very highest quality performers in many different fields of the arts can be seen and heard in Switzerland’s many indoor and outdoor festivals. Cities such as Berne, Montreux, Geneva, Zurich and even the tiny village of Gstaad host events that draw audiences from across the world.

Switzerland, however, has many other smaller festivals which reflect the enormous cultural diversity to be expected of a country with four separate national languages. It’s quite common, therefore, for Swiss festivals to have seemingly Austrian, French, German or Italian flavours, absorbing some of the characteristics of the neighbouring countries. August 1st is a National Holiday throughout Switzerland, commemorating the foundation of the Swiss Federation but most of the remaining holidays and festivals throughout the country are much more localised – but they can often be worthwhile for overseas visitors. Worthy of special mention – and distinctly Swiss in character – are the yodelling championships held throughout the spring, culminating in the National Finals early in July; these are held in a different venue each year. Also interesting are the Schwingen, Swiss Wrestling, competitions which are held throughout the summer, and which tend to take place in local festivals and can guarantee a surfeit of local sausage, good beer and old-fashioned fun.

Carnival, or fastnacht, is popular throughout the country and one of the best known large events is held annually in Basel. It starts at an unearthly 4am with a parade of drummers and pipers through the city – and after that things just become more manic. Less well-known but equally exuberant are the carnivals in the smaller towns of Einsiedeln – which has bells rather than pipes and drums – and Flums, which features terrifying wooden masks that have been passed down through the generations.

Corpus Christi, or Fronleichnamsfest, is celebrated in many parts of the country in distinctively traditional ways, many of which have survived for centuries. One of the most spectacular and ornate festivals is in the town of Fribourg, where some of the costumes are sumptuously extravagant.

It is the more international festivals that draw in most visitors, though. Still foremost amongst these is the world renowned Montreux Jazz Festival which, every July, brings the very best musicians in the jazz and blues field into the country. Not far behind Montreux now is the Berne Jazz Festival, which is attracting more and more visitors to that attractive city. Berne also hosts the terrific open-air festival, Gurtenfestival, every July which is one of Europe’s favourite rock and pop events. Zurich, for lovers of house and techno music, has its annual Street Parade each August, when dozens of ‘love mobile’ floats party through the streets of the city.

For a month and a half between mid July and early September one of the best places for lovers of classical music must be the Yehudi Menuhin Festival in Gstaad – a famously luxurious village in the middle of some of the most spectacular Alpine scenery imaginable. Lucerne, in August, hosts the International Festival for classical music, featuring the Festival Orchestra, selected from some of the world’s best instrumentalists, and there are also festivals in Sion and Verbier. The well-preserved Roman city of Avenches has an open-air Opera Festival each August in the incomparable surroundings of the amphitheatre. The International Film Festival in Lucerne, which has been in existence since 1946, is one of Europe’s finest – especially with the Piazza Grande screenings of films for more than 8,000 spectators.

Although most of the major Swiss festivals tend to be held during the spring and summer months, there are some very entertaining activities during the lead-up to Christmas. Santa Claus Night, Samischlaus Abend, is on December 6th and there are colourful processions in Zurich, especially.

Switzerland is a country that attracts visitors throughout the year. Scenically spectacular and with some architecturally inspiring cities, its appeal remains as strong as ever. Some of the outstanding festivals in Switzerland make the prospect of a visit even more appealing. 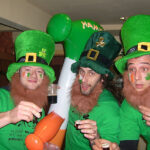