You are here: Home / Germany / Festivals in Germany

Some of the largest celebrations in Europe happen every year at festivals in Germany – the country where carnival is often referred to as ‘the fifth season’. What often started out as local festivals have now become significant parts of the international cultural calendar.

Carnival itself, although often regarded more as a phenomenon of Latin countries, is, for Germans, a time of elaborate parades of decorated floats, colourful costumed balls and what they cheerfully refer to as ‘crazy days’. Taking place in the early part of spring each year, Mardi Gras – or the more Germanic Fasching – is celebrated across the country. Cities where the celebrations are particularly exuberant include Düsseldorf, Muenster, Mainz, Aachen, Bonn, Munich and, of course, Cologne. Although Cologne’s carnival officially begins at 11:11 am on 11th of November, it really gets up to full speed on the Thursday before Ash Wednesday and, whilst most carnivals have their own Rose Monday cavalcades, few can match the 6 kilometre glory of the Cologne procession.

Although only one evening, if you’re fortunate enough to be in Germany on the 30th April, you´ll find most places have their own Walpurgis Night activities in which they celebrate the long-awaited victory of spring over the now defeated winter.

One of the means by which the German people manage to cope with the cold winter months is by attending their traditional Christmas markets. Some of these have been in existence for hundreds of years – it is known, for example, that Frankfurt’s Christmas market is at least 600 years old. Some cities will have many markets – Berlin usually has about 60. What they all share, though, is an atmosphere of enchantment and pleasure, with a cornucopia of smells, tastes and quirky gift stalls that delights all of the visitors’ senses. The entertainment on the fringes of the traditional German Christmas markets also makes them especially enjoyable. With the advent of budget airlines, popping across to Germany for a visit to a typical Christmas market is now an economical as well as an attractive proposition.

Very different in atmosphere, but also enormously popular, is the annual Rhine in Flames celebration that takes place on five separate days from May to October along Germany’s most famous waterway. A fabulous amalgamation of fireworks, light displays and incredible river scenery, the Rhine in Flames events can be witnessed either from the banks of the river or, for the complete experience, from a boat sailing on the Rhine. The stretch of the Rhine showcased during the Rhine in Flames is one of the most celebrated parts of the river, including some wonderful castles and the romantic Loreley rock.

Two festivals in Germany that hold considerable appeal for foreign visitors are, needless to say, the iconic Oktoberfest in Munich and the German International Beer Festival. Although the latter has been in existence for only a dozen or so years in comparison with the 200 years of the Oktoberfest, it now attracts about 800,000 people to Berlin during August.

There are many other German festivals that merit a mention. The Berlin Film Festival, for example, has developed a worldwide reputation, as has the Berlin Marathon, which is now one of the World Marathon ‘Majors’. The Schleswig Holstein Music Festival is similarly a summer classical music event that ranks alongside the very best.

There are many good reasons why the festivals in Germany can be considered as equal to any taking place in Europe each year. 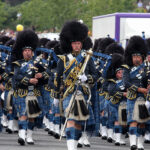 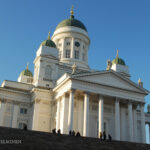