The Edinburgh International Festival was initiated just after the Second World War, in 1947, in order to inspire the people of Scotland and help them to rebuild their artistic lives and, during its flourishing existence, has only had ten directors. They have succeeded in making Edinburgh the cultural centre of the world during August – attracting performers and visitors who come, secure in the knowledge that, above all else, Edinburgh represents quality in every aspect. The Festival is fully committed to presenting its audiences a wide selection of world class artistic offerings to the widest possible audiences. There is additionally a determination to present both international and Scottish works and to continue to encourage new work, which is often specifically commissioned for the Festival.

The Festival occupies 6 major theatres and concert halls- The Edinburgh Festival Theatre, King’s Theatre, Royal Lyceum Theatre, Edinburgh Playhouse, Queen’s Hall and Usher Hall – in addition to several smaller venues such as The Hub, at the top of the Royal Mile, which is also the Festival’s main Box Office, and Greyfriars Kirk. Classical music, dance, opera, theatre and the visual arts all share equal billing and all attract capacity audiences for the entire Festival period.

Tickets go on sale at the beginning of April each year and can be obtained on the official International Festival website. They can also be booked directly by telephoning The Hub at 0131 4732000. There are Facebook and Twitter pages where much valuable information, and gossip, can be found.

Amazingly, though, Edinburgh at this time does not restrict itself to the International Festival. Scotland’s capital becomes a veritable Festival of Festivals, with several other events of almost the same magnitude and prestige taking place simultaneously.

Most famous amongst these are the Edinburgh Fringe Festival, which developed from the International Festival itself and is now an enormous event in its own right, and the Edinburgh Military Tattoo, which is held nightly, except for Sundays, on the castle Esplanade. These two festivals have become an integral part of the Edinburgh festival summer.

And as if all this wasn’t enough, the largest international literary event, the Edinburgh International Book Festival, also promotes more than 800 gatherings during its August season. Taking over the beautiful Charlotte Square Gardens and transforming them into a tented village, all of the events are held in this one location. There are workshops, discussions, signings, lectures and much more – for children as much as for adults. An estimated quarter of a million visitors attend this Book Festival.

As Edinburgh is second only to London for the number of art galleries, it is no surprise that August also sees the annual Edinburgh Art Festival.

It goes without saying that if you want to visit Edinburgh during Festival season – and there really is something for every possible taste – then accommodation and tickets need to be booked as early as possible. There are some excellent camp sites around the city and many people stay outside Edinburgh and travel in – the whole transport system is geared towards ferrying people about at this time so it presents few problems.

Edinburgh is a spectacularly beautiful city at any time of the year. At the time of the Edinburgh Festival, however, it is probably the most vibrant, exciting city in the world. 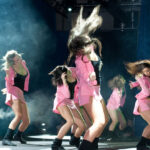 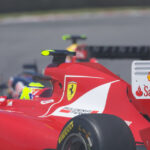