Cologne Carnival officially begins at eleven minutes past eleven on the eleventh of November every year. If you want to take part in one of the largest street festivals in Europe, however, it would be best not to put that date in your diary. For, although tradition dictates that Cologne’s ‘fifth season’ – Carnival season – begins in November, it also then puts the festivities on hold until ‘the crazy days’ really begin in the week before Ash Wednesday.

It’s in this incredibly hectic week that the city of Cologne really comes out of its winter hibernation. Often referred to as almost Mediterranean-like as a city, Carnival Week is when this comes to the fore.

Carnival has long been an important part of the lives of Cologne’s inhabitants, although it wasn’t until 1823 that an official organising committee was formed – the festivities were thought to be getting a little ‘over exuberant’ and in need of control! The first Rose Monday – the climax of Carnival Week – was, therefore, on February 10th, 1823.

The main Carnival Week is officially opened on the Thursday prior to Ash Wednesday on what is referred to as Women’s Carnival Day – the day when women are considered to be in command of the city. This is an infectiously hectic day in which women go to work or the shops in fancy dress and cut off the ties of any men foolish enough to wear them that day. The carnival is declared officially open at 11.11 by the three predominant Carnival figures representing a prince, a peasant and a virgin and, at any time after that, the parties begin. That evening there will be many masked balls and parties – both official and unofficial – but, be prepared, men have to pay for all the drinks.

The Friday and Saturday evenings are, naturally, party times – with popular ‘ghost processions’ known as Geisterzug taking place on the Saturday. Sunday is for the Children’s Parade and then, on the Monday, comes the climax of the whole craziness. Rosenmonntag, or Rose Monday, is not just a cavalcade of decorated floats, coaches, giant walking effigies, horses and thousands of costumed people snaking its way on the 6 kilometre walk through the streets of the city. For example, literally thousands of bars of chocolate – along with countless other sweets and flowers – are thrown into the crowd and thousands of glasses of Kölsch are eagerly consumed.

The parties, needless to say, continue well into the night. Furthermore, on most of the Carnival days there will be concerts and special events arranged during the evenings.

On the Tuesday of Carnival Week there are likely to be smaller processions in many of the city’s suburbs and then on Ash Wednesday itself it is traditional for those who can make it out of bed to eat fish, and traditional dishes will be served in all the restaurants and bars on this altogether more sedate day.

There is an official website Cologne Carnival website (in German) where you can find out the scheduled dates and everything else about this incredible event.

Cologne is a stunning city to visit. It has the amazing Cathedral, said to contain the bodies of the three magi in the Shrine of the Three Kings. The largest Gothic church in Northern Europe, it is a spectacular building with fabulous views across the city. Additionally, Cologne has a vibrant and atmospheric old town, the Altstadt, the intriguing Farina Fragrance Museum – dedicated to Eau de Cologne, naturally – and delightful cruises along the Rhine.

Furthermore, transport links with the city are excellent. Road and rail links connect Cologne with the rest of Europe and the Cologne Bonn Airport is busy and expanding.

One of the common cries you will hear during Cologne’s fifth season is Kölle Alaaf! – Long Live Cologne. And each year thousands of visitors come and join the inhabitant’s of this fine city to make sure that the spirit of Carnival is still very much alive. 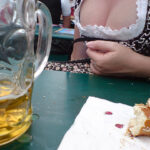