It all started with two cars with cassette recorders driving though the streets of Berlin; but the Berlin Love Parade turned into Europe’s biggest street dance festival. Although many people think it’s been around since the sixties, in fact it was only in 1989 that German DJ Dr Motte first inaugurated his mobile, free, acid-house ‘happening’. At its absolute peak in 1999, when it was claimed that 1.5 million party-goers romped through the Berlin streets, the recent history of the event has been, to say the least, rather chequered, with Parades in 2004, 2005 and 2009 cancelled.

The Berlin Love Parade was definitely a lot louder – and more crowded – than most other street festivals. Normally starting at about 2 in the afternoon, a parade of up to fifty enormous trucks, each containing a few DJs, a troupe of dancers and water-cooled sound systems, begins to wind its way round the streets. What follows can only really be described as pure, or impure, hedonism and, sometimes, sheer debauchery. The Love Parade is infamous for the quality of its innovative and exhibitionist costumes; the amount of body paint used; and plenty of whistles, pink furry leg-warmers and glow sticks. When the Parade ended, parties and informal raves take place in the parks, streets and clubs of the city.

When the Berlin local authorities began to baulk at the amount of expense involved in the Love Parade – mainly the policing and cleaning up costs – and the Parade was cancelled for two consecutive years, an agreement was made to take the Parade ‘on the road’ for five years to the cities of the industrial Ruhr, to become known as the Love Parade Metropole Ruhr. After being in Essen for 2007, the 2008 Parade in Dortmund attracted an estimated 1.6 million people but the recession bit deeply into sponsorship for the 2009 parade.

After the 2009 cancellation organisers had planned for the 2010 and 2011 Love Parades to be held in Duisburg and then Gelsenkirchen and then take the Parade back to its spiritual home in Berlin. Unfortunately, on 24th July 2010 in Duisburg there was a crowd crush at the Love Parade which caused the death of 21 people, with at least another 500 injured. As a result the Love Festival has been permanently cancelled.

The atrocities of this accident are investigated on the Love Parade website and referred to on Wikipedia at http://en.wikipedia.org/wiki/Love_Parade. 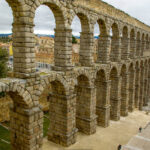